Below are current funded projects based at or linked with BCCIL.

The role of evolution in mitigating the impacts of climate change on natural communities and ecosystems represents a major gap in our understanding of global change biology. Our research at BCCIL provides an integrated genes-to-ecosystem view of climate responses to investigate i) intraspecific evolutionary responses to the climate within the soil microbial community, and ii) how above- and belowground ecological and evolutionary changes interact to determine ecosystem processes. The project aims to determine:

The project will provide a unique, evolutionary view of how plants and soil organisms respond together to climate change, and of resulting shifts in ecosystem-level processes. 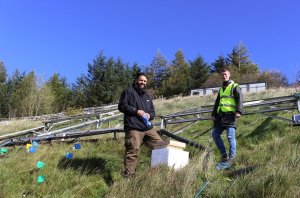 The project will provide a unique insight into the effects of chronic climate changes on soil microbial communities and the processes they mediate. 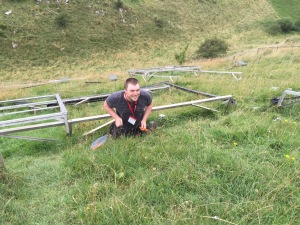 Species-rich grasslands, such as those at BCCIL, can contain more than 40 plant species per metre squared and, when exposed to climate change, any of these coexisting species may evolve. Over two decades of simulated climate change have revealed that the plant community at BCCIL is highly resistant to change, but the climate treatments have driven evolutionary responses in some of the plant species, raising the possibility that evolution itself is the source of resistance to climate change in this species-rich grassland.
Our project uses the Buxton climate experiment as a model to understand how evolutionary changes confer resistance to climate change at the community and ecosystem levels. During this three-year project, we will:

This research will provide a unique, evolutionary view of how plants, and their phenotypes, contribute to the stability of grasslands and ecosystem-level processes during climate change. 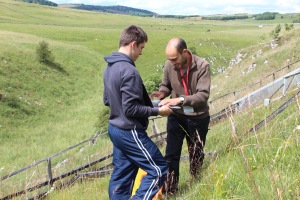 The conservation of climatically-adaptive genetic variation

There is an urgent need to understand the role played by adaptive evolution in buffering plant communities against climate change. This knowledge is fundamentally important in predicting biodiversity responses. However, it is also crucial in the design of conservation strategies, especially in ecological restoration, where practitioners may inadvertently create or restore habitat using seed stocks that are poorly adapted to local, or future climates. In this project, we will determine how climatically adaptive genetic variation is distributed across microclimatic niches in a natural landscape. We will then use this knowledge to optimise strategies for ecological restoration using wild-collected seed.

In this project, we will use our previous research at BCCIL as a springboard to understand how adaptive gene variants are distributed in the wider landscape. We will focus on microclimatic niches associated with north- and south-facing grassland slope aspects in the Derbyshire Dales. These slope aspects differ strongly in moisture availability and temperature. We have two key aims (i) to determine whether natural microclimatic niches select for the same genotypes and phenotypes as comparable climate treatments at BCCIL, and (ii) to determine how the distribution of climatically adaptive genotypes in the landscape impacts on ecological restoration outcomes. 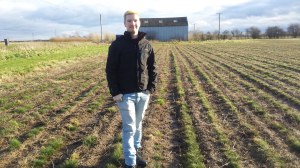